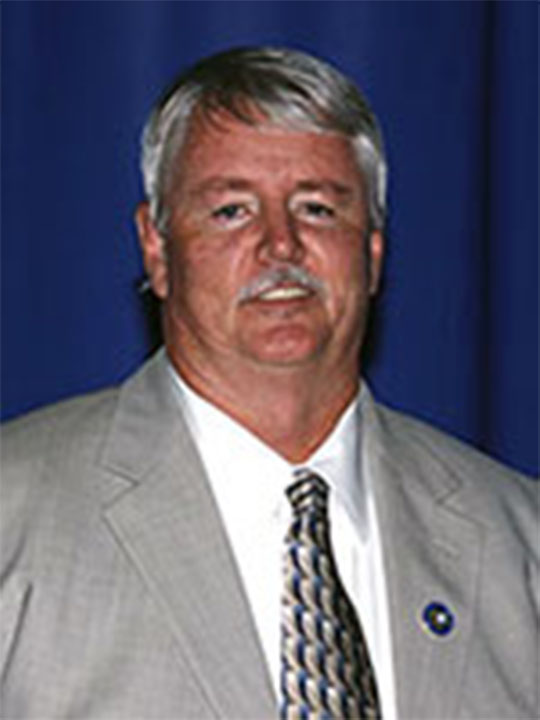 Pete Fogarty from Kansas City, Kansas Police Department, Kansas Lodge 4, was recognized as the Jack Dudek Member of the Year at the Centennial Celebration of the Fraternal Order of Police during the 62nd Biennial Conference held in Pittsburgh, Pennsylvania.

Pete Fogarty retired after forty years with the Kansas City, Kansas Police Department. His assignments included patrol officer, Field Training Officer, Academy instructor, Adjunct Instructor at the Kansas Law Enforcement Training Center and Range Master. While at the Academy he oversaw the Police Cadet Unit and understood the importance of working with the leaders of tomorrow. He was held in such high esteem that the cadets he supervised created laminated cards with the initials “WWFD” (what would Fogarty do) to help guide them in their decision making.

An FOP member since 1977, Pete began his long and successful career with Lodge 4 and understood there were battles to be fought against those who would mistreat and discipline officers “just because they could.” He has held leadership positions ranging from Chief Lodge Steward to President. Pete also has represented the members from Kansas on the national level as National Trustee and serves on the Legal Plan Board. Pete is the Kansas FOP Immediate Past President.

Pete has expanded the Kansas FOP’s mission to include education and advocacy in addition to collective bargaining. He has been extremely successful in defeating legislation that would attack our members’ retirement benefits. Pete was successful in proposing legislation which was adopted into law regarding victims of sexual abuse, domestic violence, Peer Support and the Blue Alert. Pete has made it a priority to identify the gravesites of all fallen officers buried in the State of Kansas so these fallen officers can be honored during National Law Enforcement Week.

Pete describes himself as a “simple, lowly patrolman,” but he is so much more. He is a role model and someone to emulate. His time and energy has always been donated to improve the lives of Kansans. In Kansas, Pete Fogarty is synonymous with the FOP.