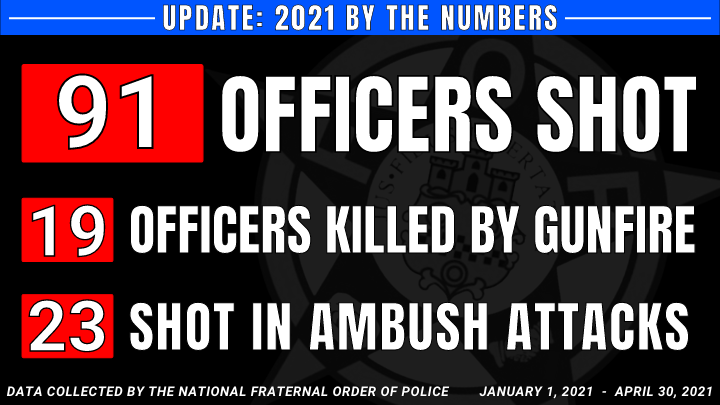 The National Fraternal Order of Police slammed the recent violence against police officers, noting that between January 1 and April 30, 2021, 19 officers were killed by gunfire. 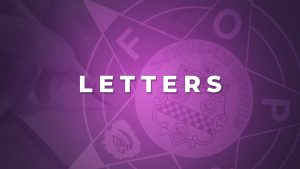 A Tribute to Our Fallen Brothers and Sisters Who Made the Ultimate Sacrifice in Service to their Community. Blessed Are the Peacemakers.

The monthly FOP Journal is the official publication of the National FOP, with reports from the executive board and committees, news from local lodges, updates on labor issues and more. 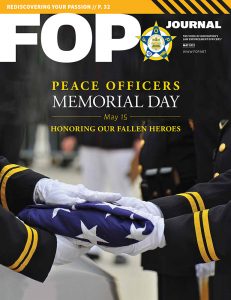 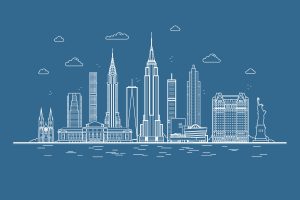 Police reform efforts that cast the police into the role of “them” will make our communities less safe. Without question, as a community and as a profession within the community, we are facing... Read More 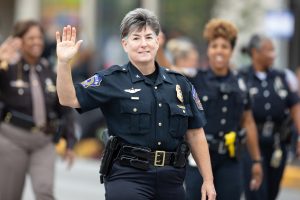 Dr. Conn, who is based in the Portland, Oregon, area, said that she reminds her police officer clients to remember why they entered a career in law enforcement in the first place. Read More

The FOP Labor Services Division provides a comprehensive set of resources and services designed to ensure that no officer goes to the bargaining table alone.

The FOP’s Government and Media Affairs Center actively lobbies all components of the Federal government on public safety and policing issues.

The FOP Education Committee is dedicated to equipping law enforcement professionals with the skills needed to enhance their career development and quality of life.

The FOP Division of Wellness Services is committed to leading proactive efforts to ensure the well-being of law enforcement officers.

The FOP Store is your official source for apparel and accessories for active members, items for elected lodge officials, customized lodge gear and more! 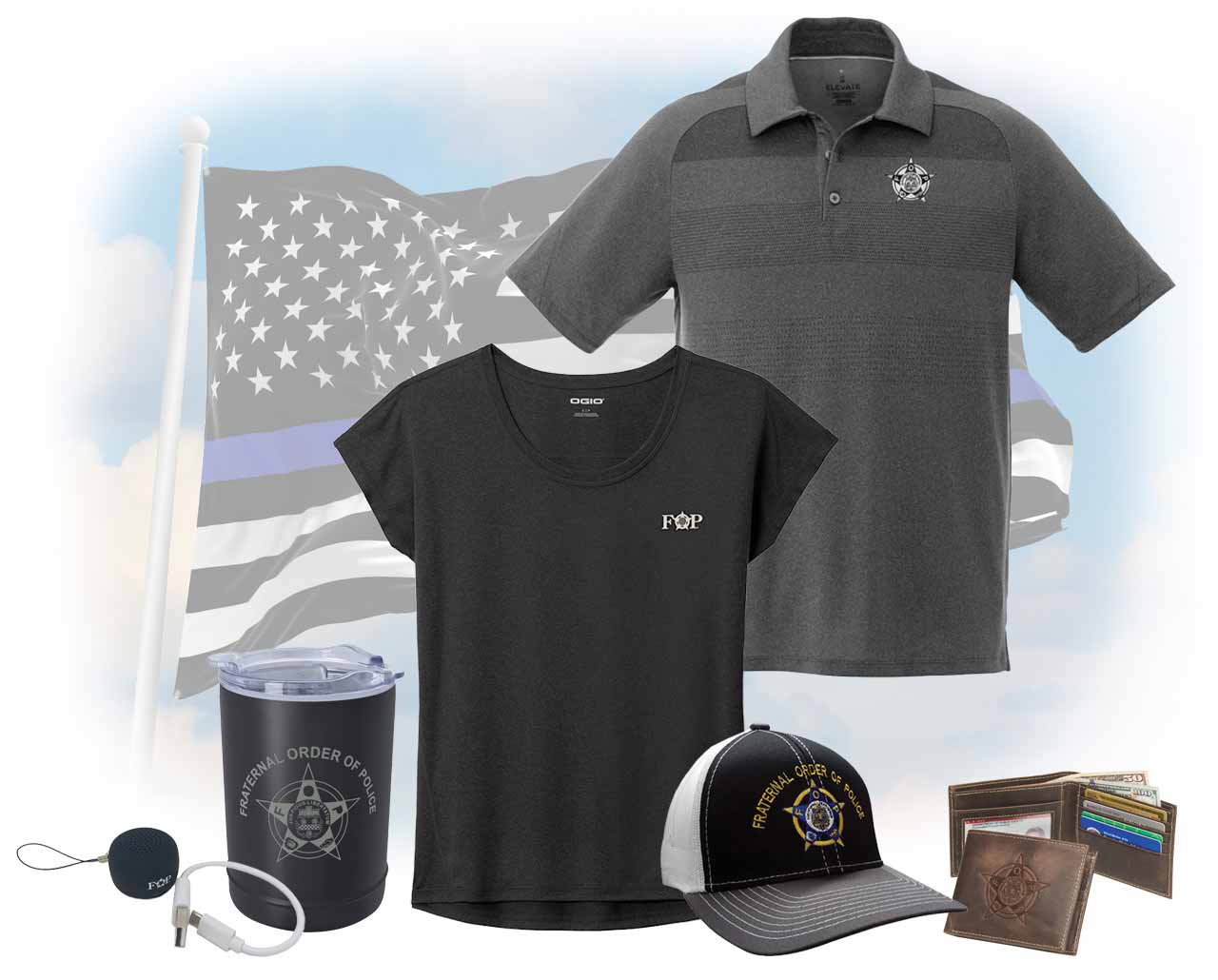 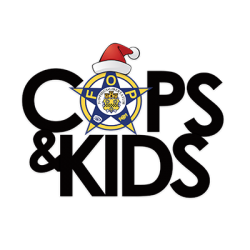 The FOP Cops & Kids program is designed to build relationships between local lodges and the community. 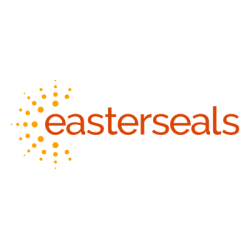 Since 1977, the FOP and its Auxiliary have supported Easterseals, the leading nonprofit provider of services for individuals with special needs. 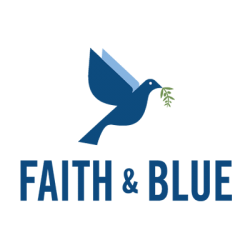 This initiative reinforces the connections between law enforcement professionals and the communities they serve through houses of worship. 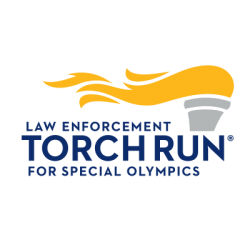 The Law Enforcement Torch Run is an awareness and fundraising event to support Special Olympic athletes and programs. 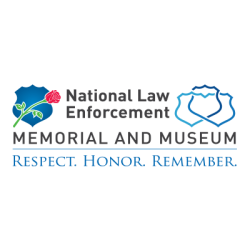 The Veterans Crisis Line and Homeless Veterans Outreach Initiative provide support for veterans and their loved ones.

Law enforcement officers should not be hunted and targeted just because of the uniform that they wear. The demonization of police has made communities and law enforcement jobs less safe.

We are seeing the consequences of such divisive rhetoric with violence targeting police officers on the rise and they are increasingly under fire by individuals motivated by nothing more than a desire to kill or injure a cop.

Just one week ago, Officer Brian Sherman of the Metropolitan Nashville Police Department responded to a fake call for help. Upon arrival, he was struck by gunfire. Fortunately, the officer survived the incident, but the gunman committed suicide with a rifle before officers could take him into custody.

“I am calling on the House to act swiftly on this legislation, which passed a nearly identical bill just three years ago on an overwhelming 382-35 vote,” Yoes said. “Just one week ago, Officer Brian Sherman of the Metropolitan Nashville Police Department responded to a fake call for help. Upon arrival, he was struck by gunfire. Fortunately, the officer survived the incident, but the gunman committed suicide with a rifle before officers could take him into custody.”

This legislation would impose, in limited circumstances, Federal penalties on individuals who deliberately target local, State or Federal law enforcement officers with violence. In 2020, 313 officers were shot in the line of duty, 47 of whom were killed by gunfire. There were 44 ambush attacks on law enforcement officers, which resulted in 52 officers being shot, 12 of whom were killed. So far this year, 106 officers have been shot and 23 officers have been killed. Twenty-two of these attacks were ambushes, resulting in 27 officers having been shot, nine of whom died.

“Our members are increasingly under fire by individuals motivated by nothing more than a desire to kill or injure a cop. Law enforcement officers, who serve their communities and put their lives on the line for fellow citizens, should not be hunted and targeted just because of the uniform that they wear,” Yoes said.

Ambush attacks and violence targeting law enforcement officers have been steadily increasing in recent years. A recent report from the Federal Bureau of Investigation (FBI) concluded: “While the overall number of officers who were feloniously killed was declining, the percentage of officers feloniously killed during surprise attacks was increasing.” A December 2017 study by the Office of Community Oriented Policing Services (COPS), which examined law enforcement officer fatalities from 2010-2016, found that 20% of ambushed officers were seated in their patrol cars and 56% of officers killed in an ambush were not on a call or engaged in any enforcement activity. Many of these officers were simply eating, sitting on post, or were targeted and killed while at their home or on their way home.

“Law enforcement is a higher calling for those who take the oath to protect and serve. It is these men and women who run toward danger to protect the public when everyone else is running away,” stated Yoes. “I am grateful to Representatives Rutherford and Gottheimer for their leadership and I look forward to working with them and our other friends in the House to get this bill passed again.”

Founded in 1915, the Fraternal Order of Police is the largest law enforcement labor organization in the United States, with more than 356,000 members. With national offices in Nashville, Tennessee, and Washington, D.C., the FOP is committed to improving the working conditions of law enforcement officers and the safety of those served through education, legislation, information, community involvement, and employee representation. Please visit https://www.fop.net for more information.

Since Monday—the start of National Police Week, a time when we honor the brave men and women who made the ultimate sacrifice—we've seen 6 officers shot, 4 of whom were gunned down by violent criminals.

We must always honor the sacrifices made by the brave men and women of law enforcement.

We promised to never forget, and we won't.

Thank you to Senator John Cornyn for your continued and unwavering support for law enforcement. #BackTheBlue

WASHINGTON – During National Police Week, today U.S. Sen. John Cornyn (R-TX) and Rep. Don Bacon (NE-02) introduced the Back the Blue Act, which would increase the penalties for criminals who intentionally target law enforcement officers and...

A half-dozen law enforcement officers have been shot since Monday – during National Police Week – and at least 106 have been wounded so far in 2021, the National...

RT: 🚨🚨 With 106 Officers Shot so far this year, on pace to surpass last year's historic numbers.

Since Monday, the start of National #PoliceWeek, we've seen 6 officers...

We couldn't agree more, Senator @ChuckGrassley! We aren't for Defunding the Police either 🙌💪

RT: Congress must do everything we can to support law enforcement and on National #PoliceWeek, join me in honoring the service and sacrifice of law enforcement officers... 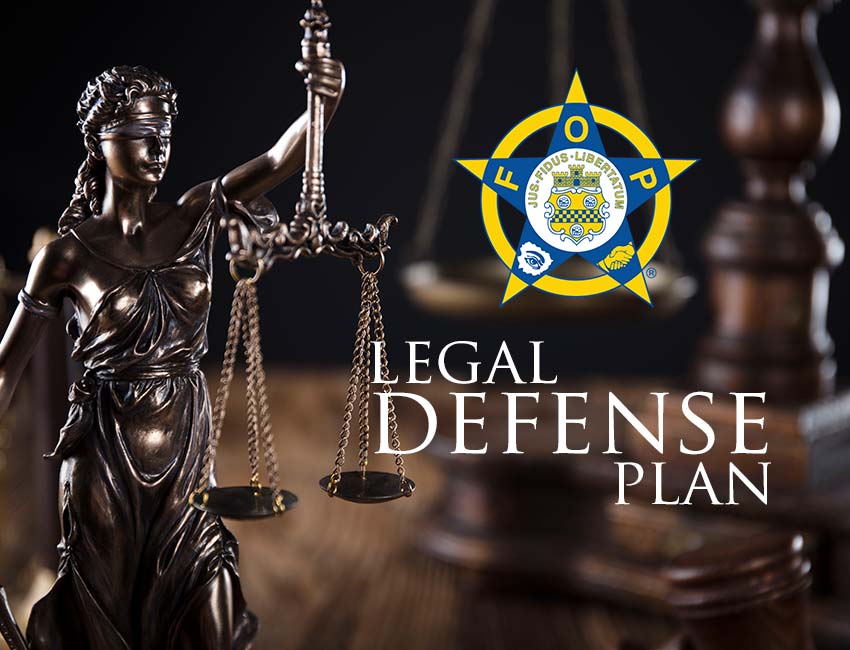 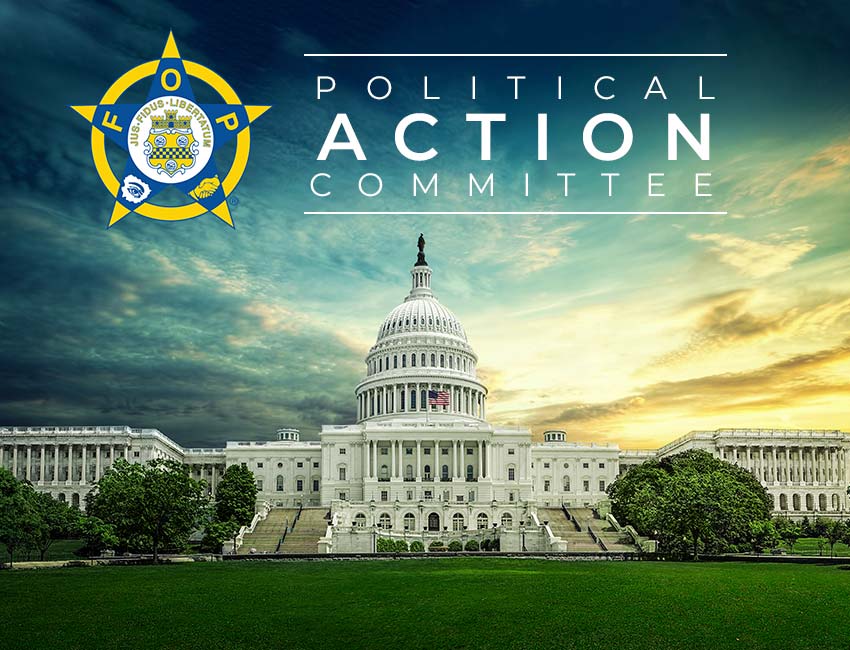 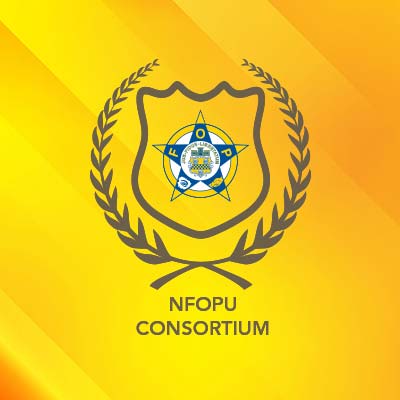 This consortium of colleges and universities provides FOP members with varied learning programs that accommodate the unique requirements of a working law enforcement officer’s schedule. 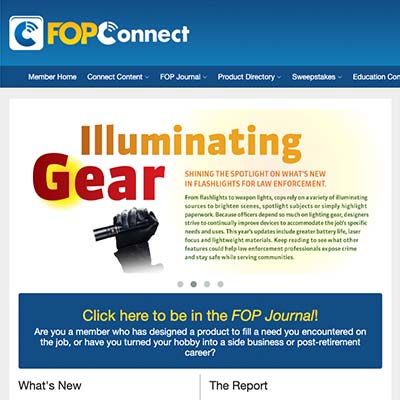 As a members-only online platform, FOPConnect.com allows FOP Journal readers the chance to enjoy an expanded experience of the magazine and learn more about law enforcement issues. 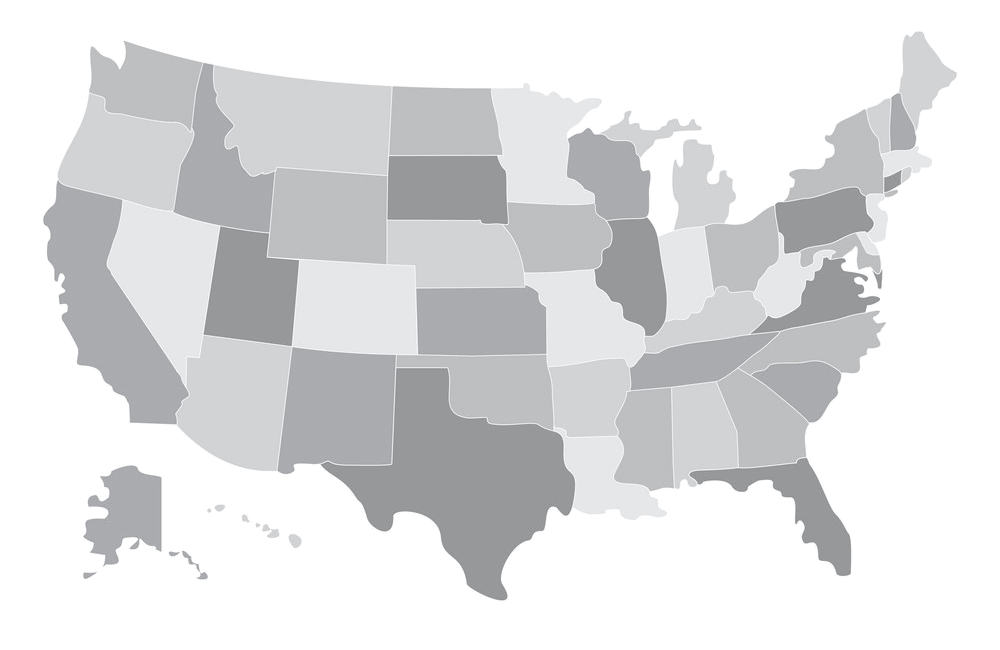 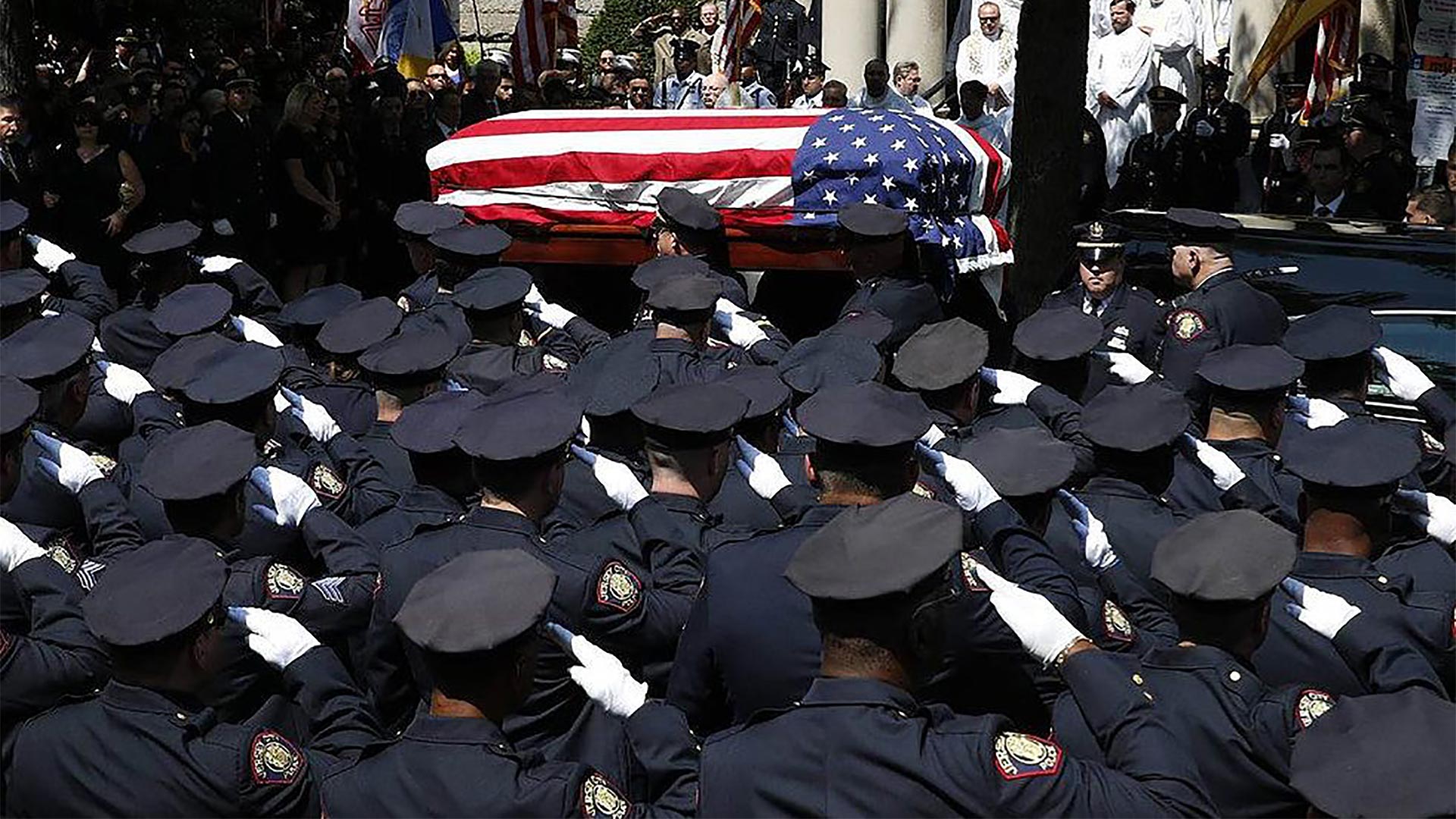 The FOP Foundation supports many projects and activities designed to honor America's law enforcement officers, foster community involvement and aid families of those who made the ultimate sacrifice in the line of duty. Some of these programs include disaster relief, the National Peace Officers' Memorial Service, educational programs, critical incident programs, and grants for lodges and members.