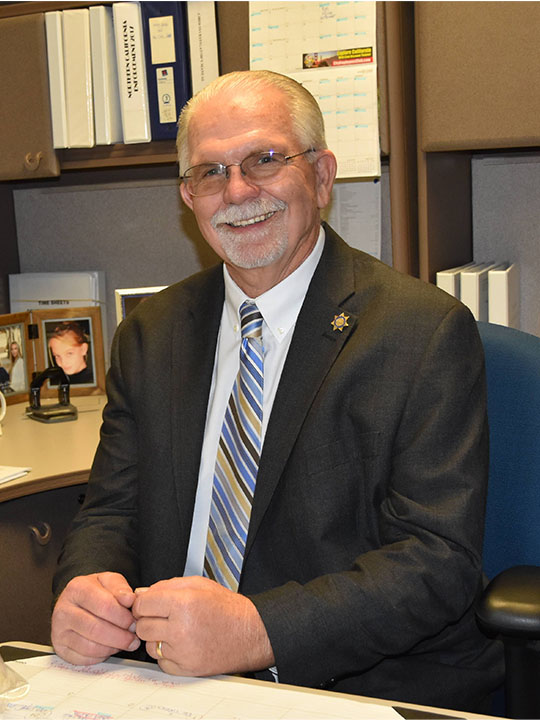 At the National Conference held in Louisville in August 2007, Bill Westermann, from California FOP Lodge #1, was awarded the Member of the Year Award by Past President Leo Marchetti and National President Chuck Canterbury.

Westermann, a 27+ year veteran of the Los Angeles Police Department, is a charter member of Lodge #1, which formed in 1983. He has served in a variety of functions and offices at both the Local and State Lodge level, including serving as California National Trustee from 1991-95. He is currently the Local Lodge Secretary, a position he has held unchallenged for over nine years.

Dubbed “Mr. FOP” by his fellow members, Westermann has logged many tireless hours both in service to the FOP and to the community at large.

In the nomination letter from Lodge #1, it was said of Westermann that he “helped build the character and direction of the lodge. He attended every meeting, was always volunteering for committees when help was needed and brought others in to assist him. It didn’t matter if it was a local lodge committee or a state lodge committee—Bill Westermann could get people involved just because they wanted to assist him. [He] played a direct role in helping the California State Lodge grow from 500 members to 8,000 members. As a lodge officer serving in many jobs, Bill Westermann moved California forward. As our National Trustee [he] helped us find our place within the National Lodge. He serves the Grand Lodge as a member of several committees and helped the FOP expand in California, Hawaii, Oregon and Washington.”

Westermann was also cited for his community service. The letter said “Any charity event planned by our lodge over the last 25 years always has Bill Westermann leading the way. He was called Mr. Easter Seals for all his hard work and dedication which helped our national goals.”

Congratulations, Bill, on a well-deserved honor!