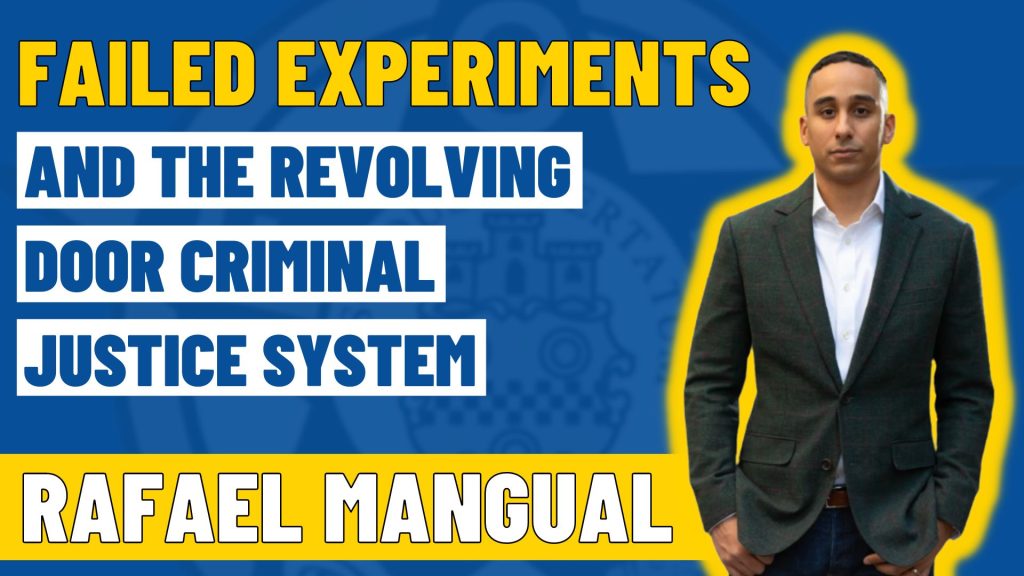 Over the past few years, we’ve seen the election of rogue prosecutors and activist judges who have replaced the “public safety first” mindset with a very different and harmful agenda of reforming the system under the guise of social justice. Their failed policies have had drastic effects on our society, leading to an increase in violent crime in some of our most vulnerable communities.

On this episode of the Blue View, National FOP President Patrick Yoes sits down with Rafael Mangual, a Senior Fellow and Head of Research for the Policing and Public Safety Initiative at the Manhattan Institute. Rafael is a contributing editor of the City Journal and has been featured in numerous publications and on several national and local television programs. Rafael Mangual is the Nick Ohnell Fellow and head of research for the Policing and Public Safety Initiative at the Manhattan Institute and a contributing editor of City Journal. His first book, Criminal (In)Justice, will be available in July 2022. Rafael has authored and coauthored a number of MI reports and op-eds on issues ranging from urban crime and jail violence to broader matters of criminal and civil justice reform. His work has been featured and mentioned in a wide array of publications, including the Wall Street Journal, The Atlantic, New York Post, The New York Times, The Washington Post, Philadelphia Inquirer and City Journal.

Mangual also regularly appears on Fox News and has made a number of national and local television and radio appearances on outlets such as C-SPAN and Bloomberg Radio. In 2020, he was appointed to serve a four-year term as a member of the New York State Advisory Committee of the U.S. Commission on Civil Rights. Prior to joining MI in 2015, Rafael worked in corporate communications for the International Trademark Association. He holds a B.A. in corporate communications from the City University of New York’s Baruch College and a J.D. from DePaul University in Chicago, where he was president of the Federalist Society and vice president of the Appellate Moot Court team. After graduating from law school, Mangual was inducted into the Order of the Barristers, a national honor society for excellence in oral and written advocacy.