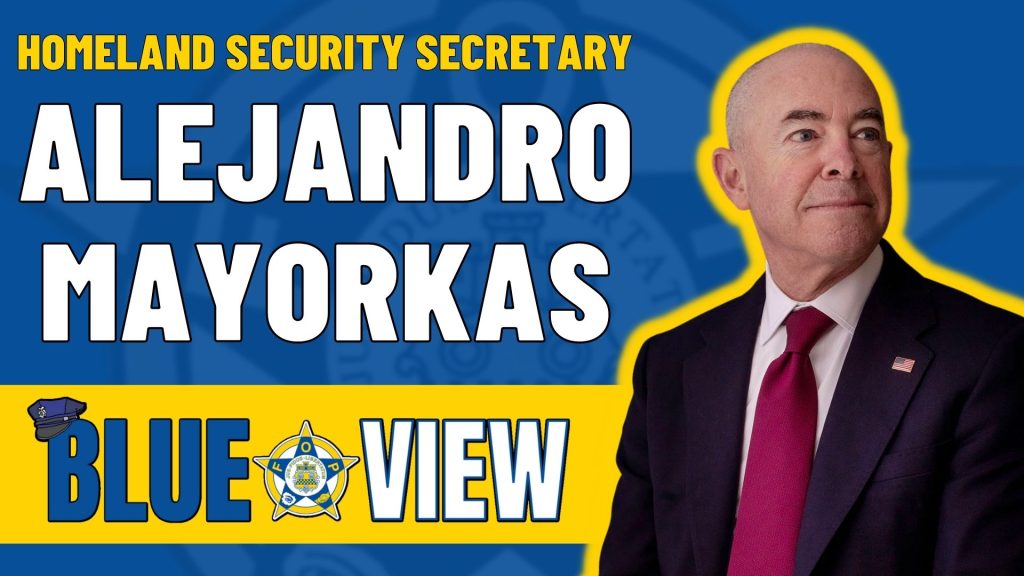 The U.S. Department of Homeland Security is responsible for defending our country at the border and throughout the interior. To do so, DHS has over 240,000 employees, with more that 140,000 are in law enforcement positions.

The Department of Homeland Security was established in the aftermath of the devastating and disturbing September 11th attacks that sent shockwaves through every American. We witnessed true sacrifice, heroism, and a unified resolve against evil in the months and years that followed. The chief mission of the DHS is to ensure that no other attack like that would ever occur again.

On this episode of the Blue View, National FOP President Patrick Yoes sits down with Secretary Alejandro Mayorkas, the seventh head of the department, to discuss a range of issues, including the crime surge, border crisis and domestic terrorism. Secretary Mayorkas has served in numerous roles with DHS and is very familiar with the challenges facing law enforcement at all levels of government. Prior to his time at DHS, he served as prosecutor in California. 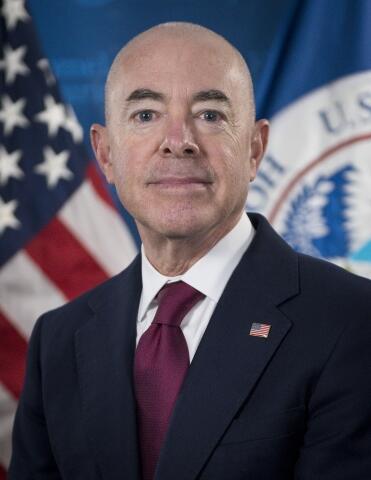 Alejandro Mayorkas was sworn in as Secretary of the Department of Homeland Security by President Biden on February 2, 2021.

Mayorkas is the first Latino and immigrant confirmed to serve as Secretary of Homeland Security. He has led a distinguished 30-year career as a law enforcement official and a nationally-recognized lawyer in the private sector. Mayorkas served as the Deputy Secretary of the U.S. Department of Homeland Security from 2013 to 2016, and as the Director of U.S. Citizenship and Immigration Services from 2009 to 2013. During his tenure at DHS, he led the development and implementation of DACA, negotiated cybersecurity and homeland security agreements with foreign governments, led the Department’s response to Ebola and Zika, helped build and administer the Blue Campaign to combat human trafficking, and developed an emergency relief program for orphaned youth following the tragic January 2010 earthquake in Haiti. Mayorkas also created the Fraud Detection and National Security Directorate to better ensure the integrity of the legal immigration system.

Mayorkas began his government service in the Department of Justice, where he served as an Assistant United States Attorney in the Central District of California, specializing in the prosecution of white collar crime. After nearly nine years as a federal prosecutor, he became the youngest United States Attorney in the nation, overseeing prosecutions of national significance, including the investigation and prosecution of financial fraud, violations of the Foreign Corrupt Practices Act, public corruption, violent crime, cybercrime, environmental crime, international money laundering, and securities fraud.

Mayorkas received his bachelor’s degree with distinction from the University of California at Berkeley and a law degree from Loyola Law School.