The U.S. Department of Justice is tasked with enforcing the law, defending the interests of the United States, and ensuring public safety. This is no small task. It takes a team of committed public servants to support this mission.

On this episode of the Blue View, National President Patrick Yoes sits down with U.S. Associate Attorney General Vanita Gupta, the third highest ranking official at the Justice Department. A friend of the FOP, Vanita has a long history of working with law enforcement to build support for policing and a common-sense approach to criminal justice. 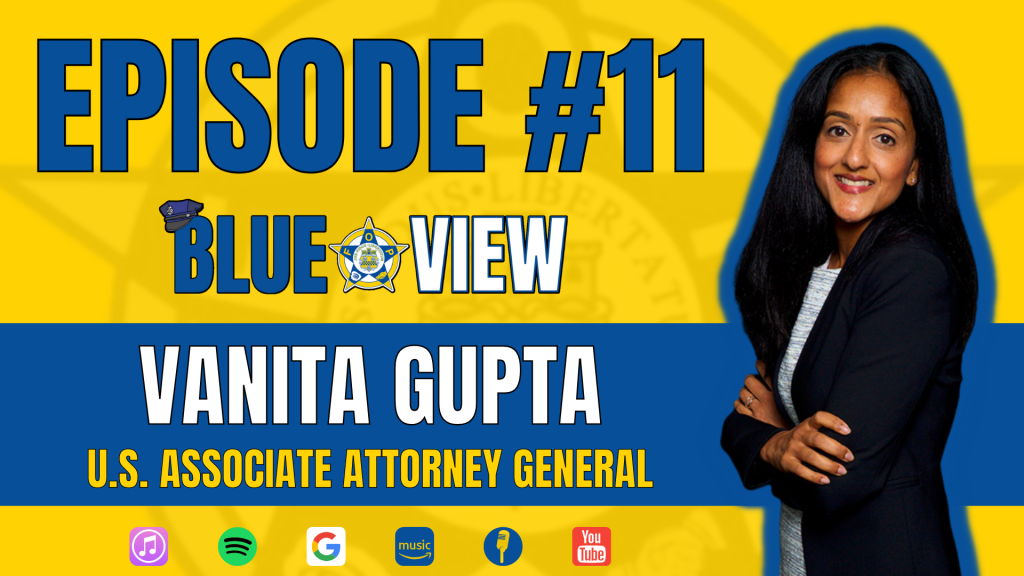 Vanita Gupta is the 19th United States Associate Attorney General and serves as the third-ranking official at the Department of Justice. Associate Attorney General Gupta supervises multiple litigating divisions within the Department of Justice, including the Civil Division, Civil Rights Division, Antitrust Division, Tax Division, and Environmental and Natural Resources Division. She also oversees the grant-making components of the Department, including the Office of Justice Programs, the Office on Violence Against Women, and the Office of Community Oriented Policing Services; and supervises the Office of Information Policy, the Community Relations Service, the Executive Office for United States Trustees, and the Foreign Claims Settlement Commission. 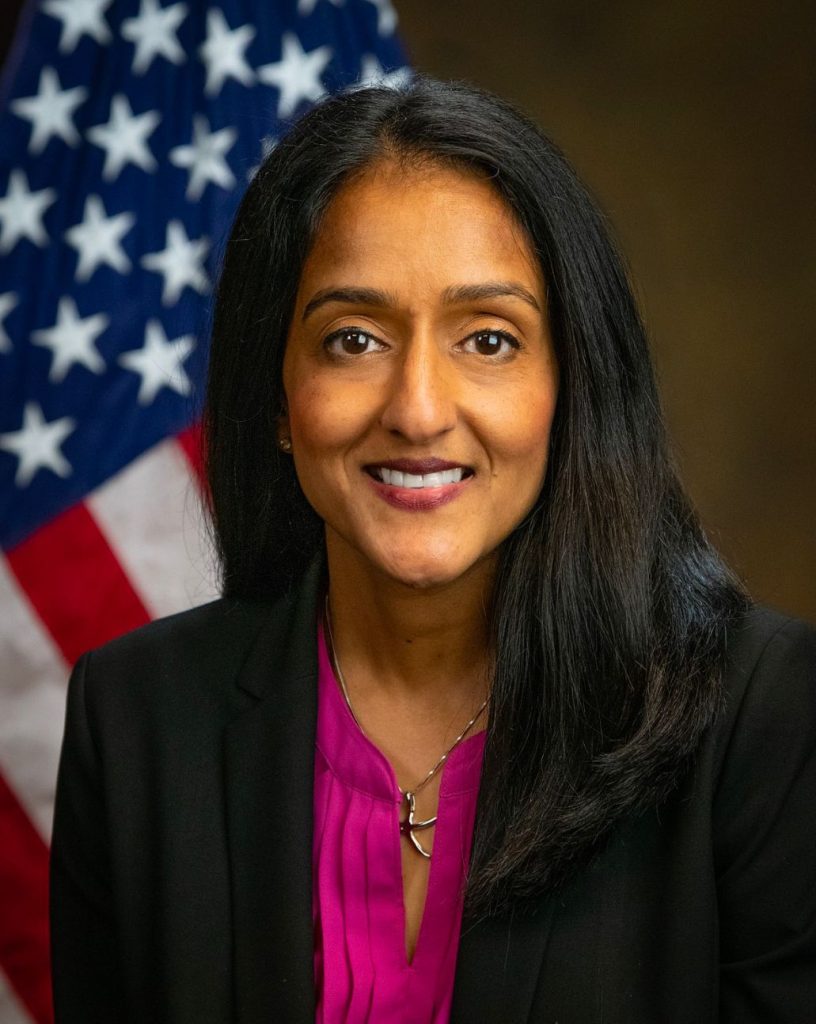 Associate Attorney General Gupta previously served as the President and Chief Executive Officer of the Leadership Conference on Civil and Human Rights, the nation’s oldest and largest coalition of non-partisan civil rights organizations in the United States.

Prior to her tenure leading the Civil Rights Division, Associate Attorney General Gupta served as Deputy Legal Director and the Director of the Center for Justice at the American Civil Liberties Union (ACLU). In addition to managing litigation, Associate Attorney General Gupta created and led the ACLU’s Smart Justice Campaign aimed at promoting bipartisan justice reform while keeping communities safe. She began her legal career as an attorney at the NAACP Legal Defense & Educational Fund.