When disaster strikes a community in our nation, our first responders spring into action without hesitation. What is often overlooked is that they too are victims of the disaster. It is these everyday first responders who are called to action to bring safety, security and peace to a chaotic situation. What many don’t realize is the families of these first responders are also facing challenges and damaged property, which can distract them from achieving their public safety mission.

That is where the National FOP Foundation steps in. Volunteers with the FOP Disaster Area Response Team (DART) provide hot meals and remediation work on first responders’ homes so they can stay on the job and focus on stabilizing their communities. 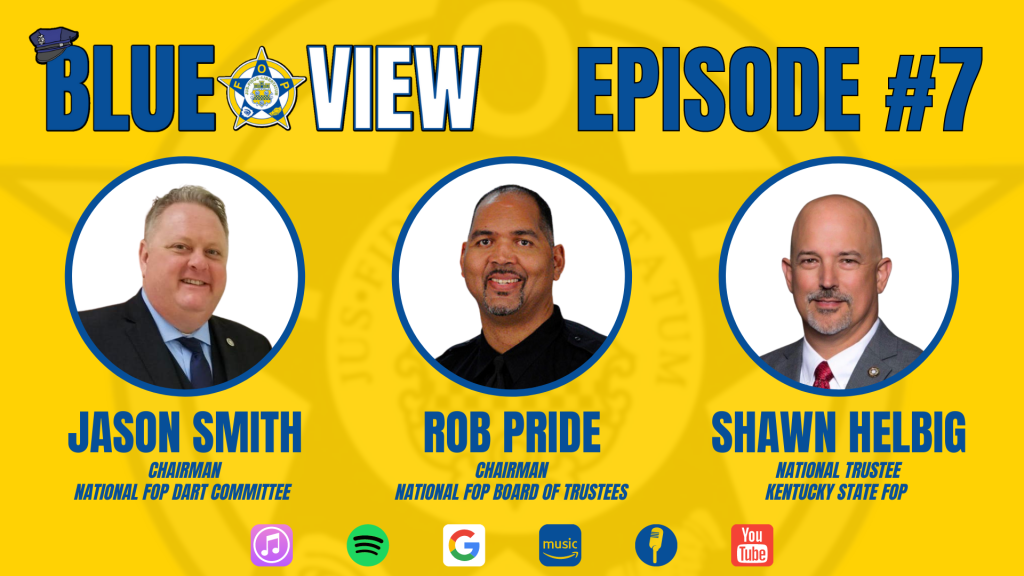 Jason Smith serves as the Chairman of the National FOP DART Committee and previously served as the President of the Oklahoma State FOP. He started his career in law enforcement as a Deputy Sheriff with the Payne County Sheriff’s Office in 1996. Prior to his retirement, Jason served as Chief of Police with the Anadarko Police Department and the Jenks Public Schools Police Department.

Rob Pride serves as the Chairman of the National FOP Board of Trustees. Rob, a Colorado native, has been a member for the FOP since 1994 and started his law enforcement career as a reserve deputy at age 19. Over his more than 25-year career, Rob has worked as a corrections officers, patrol officer, gang enforcement, narcotics detective, general investigations detective, and currently serves as a sergeant in his patrol division. Rob also currently serves as team leader for his agency’s SWAT Crisis Negotiations Team and also supervises the Field Training Unit responsible for training new police officers.