If You Want to Be a Criminal, Come to Philadelphia

The “City of Brotherly Love” has been anything but in recent years. In 2021 Philadelphia made history for the number of homicides, with 562. While the rise in crime has alarmed many, there are some who have attempted to dismiss it.

Across the country, rogue prosecutors are making sweet-heart deals with violent criminals. Unfortunately, Philadelphia has fallen victim to the failed pro-criminal policies of District Attorney Larry Krasner. Despite the mounting challenges they face, the men and women of the Philadelphia Police Department go to work every day to serve and protect their communities.

On this episode of the Blue View, National FOP President Patrick Yoes sits down with John McNesby, President of the Philadelphia Fraternal Order of Police Lodge #5, to discuss the current state of affairs in Philadelphia, the deadly consequences of a rogue prosecutor, and the dangers facing the men and women of the Philadelphia Police Department. 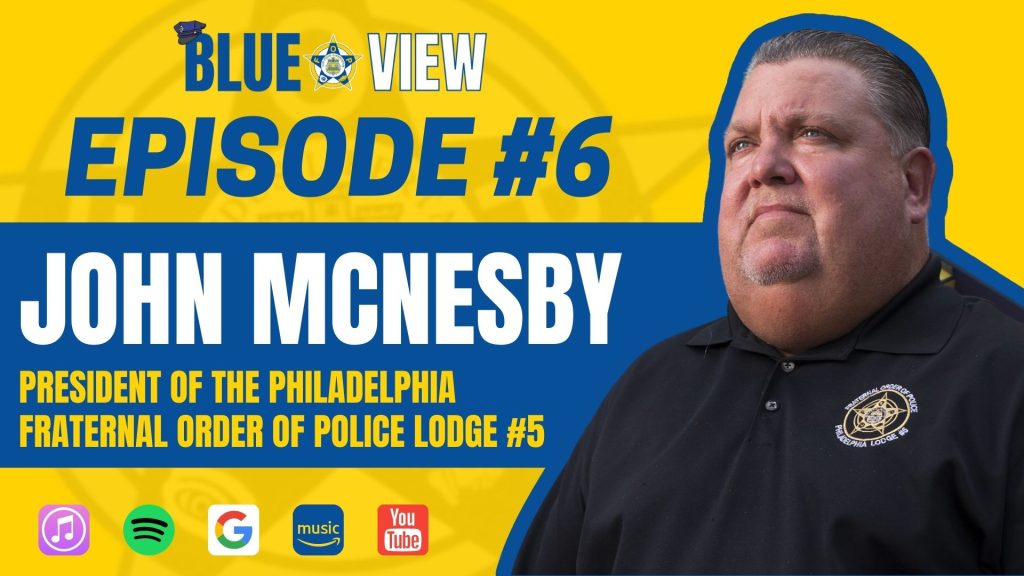 John McNesby is the President of the Philadelphia Fraternal Order of Police Lodge #5. He first joined the Philadelphia Police Department in 1989, working as a patrolman and later a narcotics officer in the East Division. After years working the beat, in 2007, McNesby ran and won a race for president, beginning a tenure that’s been cloaked in success: steady pay increases, healthy benefits packages, and more.