‘Historic’ 346 officers shot in line of duty in 2021: National Fraternal Order of Police

A “historic” 346 police officers were shot in the line of duty in 2021 — 63 of whom were killed, according to the National Fraternal Order of Police (FOP), which represents more than 346,000 U.S. law enforcement officers.

“As we have said before, the recent erosion of respect for law enforcement and anti-police rhetoric has fueled more aggression towards police officers than what has been seen in previous years,”  FOP President Patrick Yoes told Fox News in a statement. 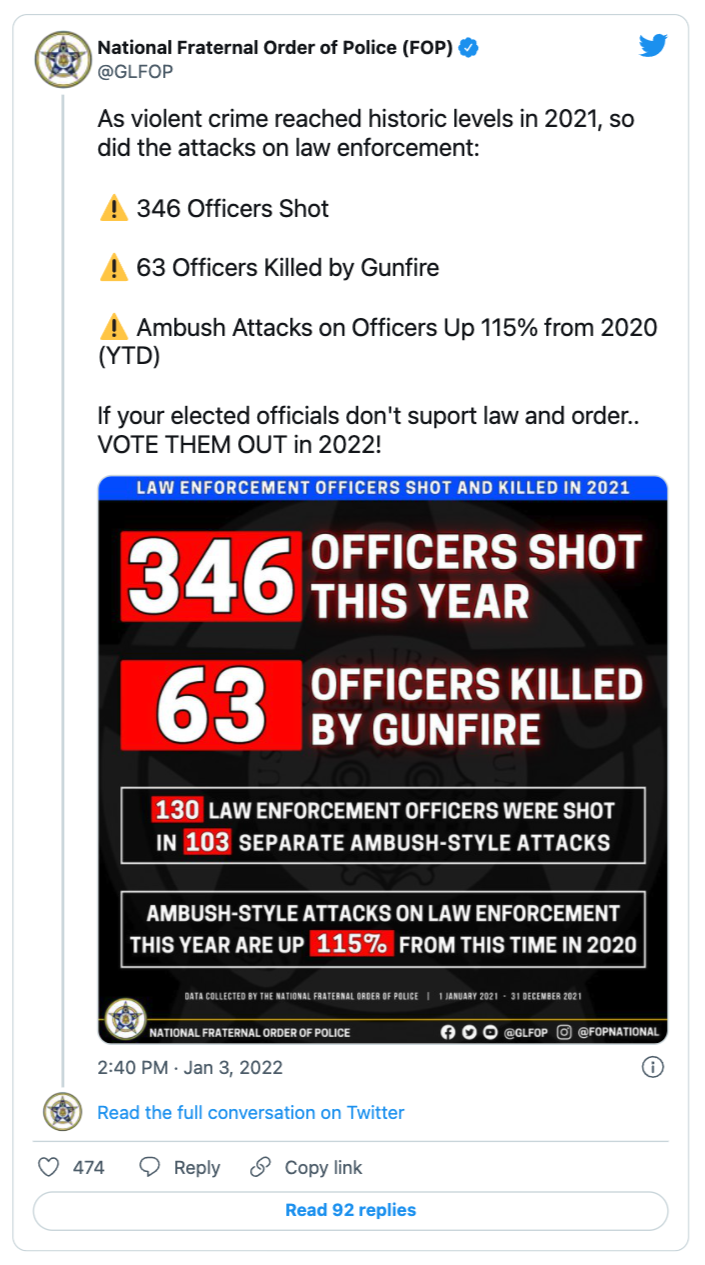 “Ambush-style” attacks — when officers are shot at without any warning or opportunities to defend themselves — were up 115% in 2021 compared to 2020, with 130 officers shot in 103 ambush attacks.

Yoes encouraged Congress to pass the “Protect and Serve Act” of 2021 that would make it a federal crime to knowingly cause or attempt to cause injury to an officer.

Most police killings (34%) began with alleged violent crime encounters, other nonviolent offenses (17%) and traffic stops (11%), according to the database.

The Los Angeles Police Department marked an increase in cases where officers shot or killed people in 2021 compared to either of the last two years. LAPD officers shot people 38 people — 18 of them fatally — in 2021 as of Dec. 29, according to the Los Angeles Times. Officer William Jones fatally shot a 14-year-old girl on Dec. 26 when he fired at a suspect who allegedly attacked several people in a North Hollywood Burlington Coat Factory store and ended up fatally striking the girl.

The Associated Press contributed to this report.

Audrey Conklin is a digital reporter for FOX Business and Fox News.