Today, Secretary of Homeland Security Alejandro N. Mayorkas issued a National Terrorism Advisory System (NTAS) Bulletin regarding the current heightened threat environment across the United States. This NTAS Bulletin replaces the current Bulletin, which was set to expire on November 11, 2021, at 2:00 pm.

As of November 10, 2021, DHS is not aware of an imminent and credible threat to a specific location in the United States. The United States continues to face a diverse and challenging threat environment as we approach several religious holidays and associated mass gatherings that in the past have served as potential targets for acts of violence. Through the remainder of 2021 and into 2022, domestic violent extremists (DVEs), including racially or ethnically motivated violent extremists and anti-government/anti-authority violent extremists, will continue to pose a significant threat to our homeland. Of note, DVEs and those inspired or motivated by foreign terrorists and other malign foreign influences will continue to exploit online forums to influence and spread violent extremist narratives and promote violent activity. The ongoing global pandemic continues to exacerbate these threats. Further, foreign terrorist organizations and DVEs continue to attempt to inspire potential followers to conduct attacks in the United States, including by exploiting recent events in Afghanistan. 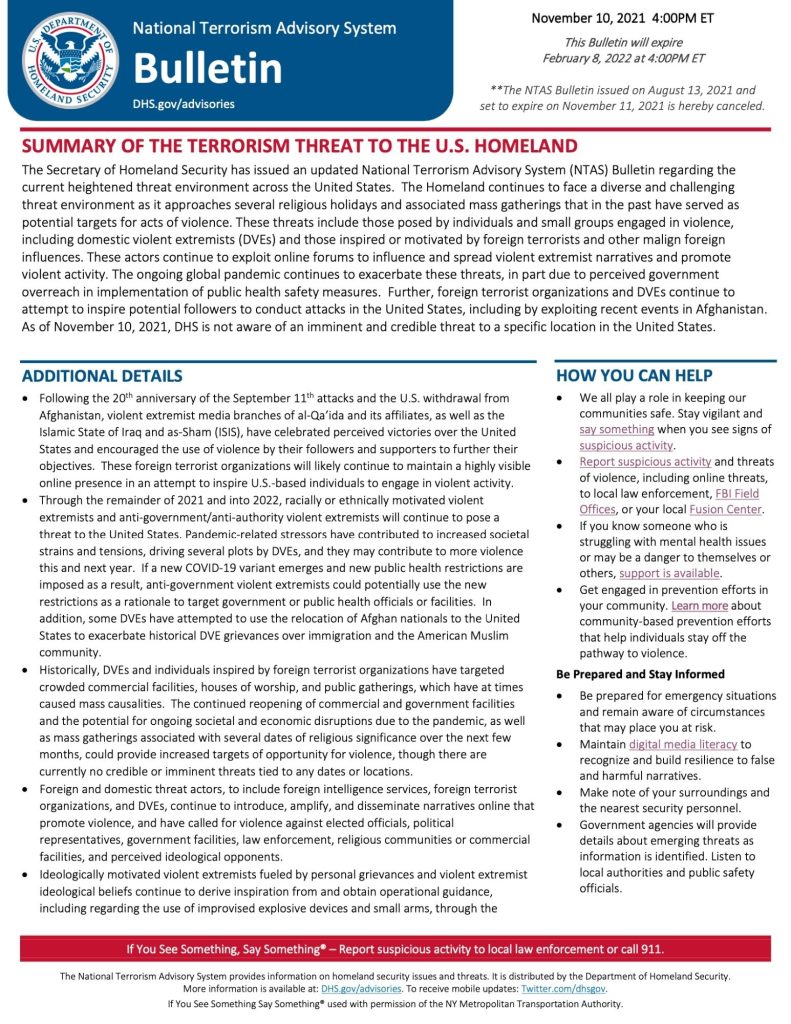